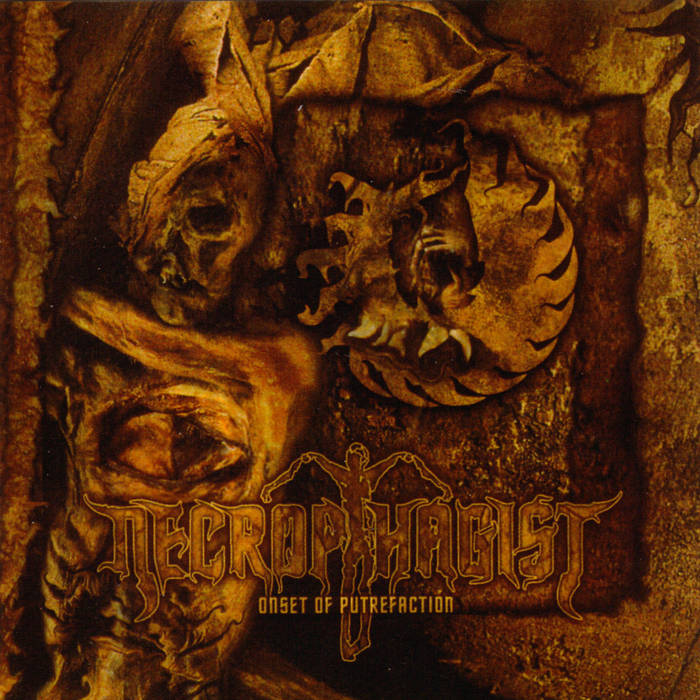 supercoolguy a lot of nerds say this band is responisble for all the half assed tech stuff we have but i totally disagree Muhommad was a bad ass song writer, shit is so groovy yet mind bending and catchy. awesome album. Favorite track: Extreme Unction.

The Estrminator Underrated German Tech - death. Fans of Atheist and Suffocation ought to give this a listen. Favorite track: Extreme Unction.
more...

Necrophagist's debut album from 1999 that's been out of print for
years and desperately wanted by so many. This is the 2004 re-release.


This is no simple re-print,
it's a completely new edition. The band was waiting for this day to
unleash the complete fury of the compositions, which the band believed
to be lost to some extent due to technical restrictions in terms of
gear back in 1999. The new edition includes:

- Completely new drum samples recorded piece by piece by Necrophagist's
Hannes Grossmann. The samples were then used to feed the drum computer.

- The old guitar, bass and vocal tracks being reincarnated and joined
with the freshly fed drum-computer, all mixed down into a powerful,
crisp and clear stereo track.

- 2 previously unreleased songs from the self-titled 1995
demo tape being added as bonus tracks.
- A powerful mastering by the Necrophagist "in-house" engineer
and producer Christoph Brandes at The Iguana Studios.

NECROPHAGIST was founded in early 1992 to integrate the fury of grinding, fast death metal with progressive music. Shortly after the band formed they recorded their first demo tape 'Requiems of Festered Gore.' It was never released to the masses as it was sent out solely for promotional reasons. NECROPHAGIST have pushed the boundaries of Death Metal to new heights, setting an extreme standard. ... more

Bandcamp Daily  your guide to the world of Bandcamp

Tropical and transportive tunes with guests Coco Maria and Anchorsong.