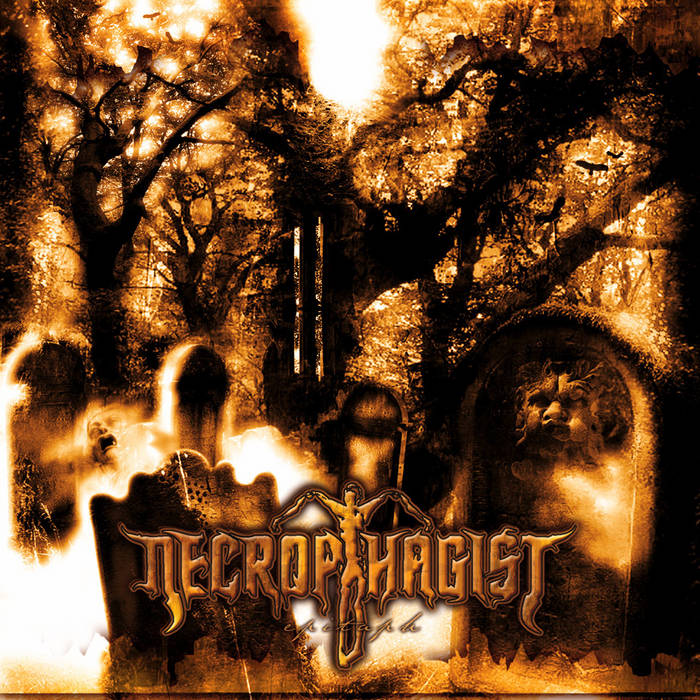 markwhorror If only there was a follow up album, but I don’t blame them how can you can surpass or try and write something that will hold up with this untouchable death metal classic it’s still 100x better than most death metal albums released since Favorite track: Only Ash Remains.

Masterpiece, THE must have. Favorite track: Ignominious & Pale.

thecombinatorax I begrudge Necrophagist somewhat for spawning a generation of musicians (of which I count myself) who sacrifice many fine qualities of music such as dynamics or having the drums play a larger role than "follow the guitar's rhythm and going fast" at the altar of technical proficiency without acknowledging what they were giving up.

However, not only is it not their fault, this album brought to the table interesting melodic and rhythmic ideas that still sound modern 15 years later. Favorite track: Seven.
more...

Uniting head-spinning musicianship, elaborate arrangements and an acute sense of dynamics within composition, Necrophagist have reset the bar for complexity and technique in modern-day death metal. Their powerful riffs, mind-blowing sweeps and arpeggios, crushing percussion and intricately designed songs are unequalled and uncompromising, unveiling an invincible technicality so sharp and precise, it threatens to bore a hole directly through the heart of the existing progressive death playbook.

NECROPHAGIST was founded in early 1992 to integrate the fury of grinding, fast death metal with progressive music. Shortly after the band formed they recorded their first demo tape 'Requiems of Festered Gore.' It was never released to the masses as it was sent out solely for promotional reasons. NECROPHAGIST have pushed the boundaries of Death Metal to new heights, setting an extreme standard. ... more

Bandcamp Daily  your guide to the world of Bandcamp

Tropical and transportive tunes with guests Coco Maria and Anchorsong.